Member of the Quarter: Maureen Zaniel 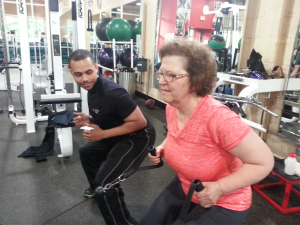 When asked why she works out, Maureen Zaniel, had a multiple reasons to share. Reasons that brought her to the gym, a reason she decided to kick up the intensity, and a reason she’ll continue to keep coming back.

No matter what her goal is, one thing we at Rock Creek Sports Club know for sure, Maureen will reach it – which made her a perfect choice for our latest Member of the Quarter!

“At age 64, Maureen Zaniel can do more than most people half her age,” explains Sharon Sellers, Personal Training and Operations Manager at Rock Creek Sports Club.

It all started about 5 years ago when Maureen decided she wanted to lose some weight and increase her fitness, to help her tennis game.

“ I love to play tennis,” says Maureen, “I wanted to have a fitness regime to help with that.”

Then after moving to Silver Spring about a year and half ago, Maureen joined Rock Creek Sports Club. To keep up her game, she keeps her workout routine well-rounded by personal training with Kolon Diallo, small group Tabata Training with Sharon, and some light cardio, like walking and treadmill work. 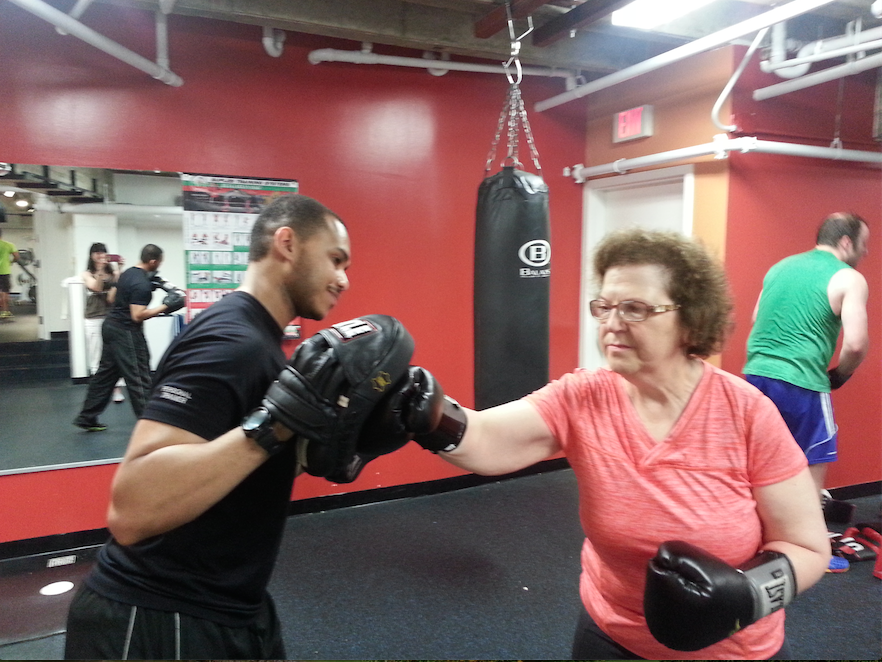 But she didn’t stop there, when Maureen’s daughter made the announcement that she was getting married, Maureen told Sharon she wanted to make sure she had enough stamina to dance all night.

“I actually suggested to Sharon that I should have a couple of drinks before we did Tabata, you know, to simulate real life,” jokes Maureen.

Of course, they didn’t actually do that, but Kolon and Sharon made sure Maureen worked hard enough to have all the energy (and then some!) that was needed for this very important role.

“As Mother of the Bride, you’re on your feet the whole time,” says Maureen.  “I kept up with the party the whole night, AND made it to the bar later with all the kids!”

And, speaking of her daughter, Maureen says it’s the reason she’ll continue to make sure fitness is a part of her life.

“I think it’s important for your health, mostly,” she says. “I have one daughter and I would like to stay around for her as long as I can. She actually expects me to take care of her babies some day, so I need to be fit!”