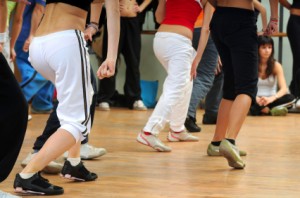 As a Rock Creek Sports Club member, you probably already know how important it is to stay moving. But do you know why? A new study may have one answer.

Researchers from The University of Missouri decided they wanted to see what would happen when you took an active group of people and turned them sedentary. In just three days they found negative changes in the participants blood sugar levels.

Here’s what they did. They took a group of healthy young adults, who on average exercised about 30 minutes most days and took more than 10,000 steps daily, and monitored their glucose levels for three days. During this time, the participants did not experience any spikes in their blood sugar after they finished eating.

Then, they took those same participants and asked them cut down on their activity so that their steps would fall below 5,000 a day, for three days. Basically this meant they stopped taking the stairs and got on the elevator, stopped exercising, etc.

Researchers discovered that event though the participants were eating the same exact meals they did on the days they were more active, their blood sugar levels spiked significantly after they ate. Even more alarming, their peaks grew slightly with each day.

However, the good news is, other studies have confirmed that once a person gets moving again, blood sugar regulation will return to normal.

John P. Thyfault, an associate professor of nutrition and exercise physiology at the University of Missouri, who conducted the study told the New York Times to avoid developing diseases due to inactivity, such as Type 2 diabetes and heart disease, it’s best to keep moving.

“When I’m really busy, I make sure to get up and walk around the office or jog in place every hour or so,” he says. Wear a pedometer if it will nudge you to move more. “You don’t have to run marathons,” he says. “But the evidence is clear that you do need to move.”