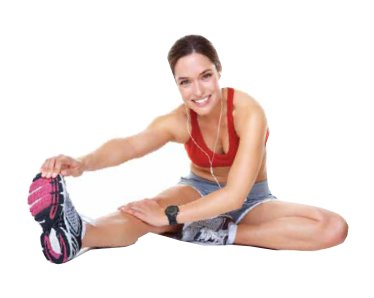 Oof! – Did that last workout leave you feeling sore the next day? Well good news! Not only were you building up your muscle, you may have also helped build up your tolerance for pain!

In a new study recently published in Medicine & Science in Sports & Exercise, researchers compared the pain tolerance levels between two different groups. One group used a stationary bike for 30 minutes, 3 times a week, for 6 weeks. The other group did not do any extra exercise.

After six weeks, they were retested, and the group that had to ride the stationary bike seem to have developed “a greater ability to withstand pain.” The control group experienced no changes from the first time they were tested.

Researcher Matthew Jones from the University of New South Wales to the New York Times:

The results remind us that the longer we stick with an exercise program, the less physically discomfiting it will feel, even if we increase our efforts, as did the cyclists here. The brain begins to accept that we are tougher than it had thought, and it allows us to continue longer although the pain itself has not lessened.

Check out the Full Article Here: How Exercise Helps Us Tolerate Pain