NYT: How Exercise Keeps Us Young 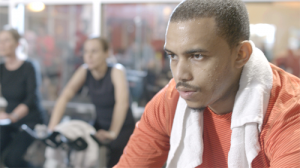 The reasons why we get older, and why are bodies change the way they do, for the most part, is still kind of a mystery. However, a new study shows how exercise can significantly slow down a number of the common symptoms of aging.

According to a recent article in The New York Times, scientists have had some problems distinguishing what kinds of affects getting older has on our bodies, from those of a sedentary lifestyle, because many older adults are more sedentary than younger adults.

Researchers from King’s College London and the University of Birmingham in England, decided to solve this problem by gathering a group of adults aged 55-79, who were considered “serious recreational bikers” – thereby removing inactivity as a factor.

They then tested the following:

In addition, they also conducted a Up and Go test, which measures how long it it takes to get up from a chair, without using his or her arms, briskly walks about 10 feet, turns, walks back and sits down again.

The results are pretty amazing!

Compared to supposedly normal benchmarks of aging, these bikers had results much closer to that of younger people, than people of their own age. In fact, “even the oldest cyclists had younger people’s levels of balance, reflexes, metabolic health and memory ability.” Oh – and that chair test – the oldest participants averaged 2 seconds faster than what’s considered normal for their age, and 4 seconds faster than those considered frail.

All in all though, we have to say these results really show how being active can have some seriously positive benefits as you get older! More reason to keep moving and to keep coming into Rock Creek Sports Club!