Member Of The Quarter: Tony Hammond 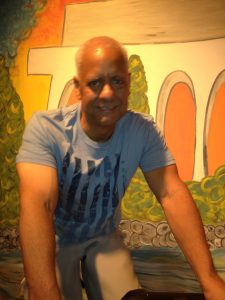 In 2001, Tony Hammond realized he felt out of breath when he finished walking up a set of stairs, and that’s when he decided it was time to make a change. He soon found himself signing up at Rock Creek Sports Club.

Tony’s a member that truly takes advantage of every thing Rock Creek has to offer, and on any given day of the week you can find him in any of one of our classes. Because for Tony, it’s variety that really matters.

He explains, like most men, when he first started working out he went straight to weight room. However, Tony found it hard to keep motivated, or as he says, “When it got hard, I stopped.”

Instead of giving up, Tony decided to give Spin class a go, and he loved it! So much so in fact, next thing he knew, he wanted to try out the instructor’s other class, Just Abs. “She had us on the floor doing push-ups and sit-ups, and it felt like the longest 15 minutes of my life. And it kept me coming back.”

Seeing his enthusiasm for trying out new things, Tony was invited to try out the female-dominated Kickboxing class too. Within only 10-15 minutes though, he said he thought about sneaking out and excused himself for a glass of water. When the instructor called him out with a “Looks like the ladies are tougher than the men!” Tony thought to himself, “I’ll show them!” and stuck it out. Soon after he added the class to his long list of fitness loves.

Why so many different classes you ask? Tony says trying out all the different classes — such as Spin, Yoga, and Kickboxing, not only pushes your limits and makes you reach outside your comfort zone, but it also helps you work your entire body because each class and instructor emphasize different movements.

Tony also encourages the other men at Rock Creek to do the same. “I know it’s intimidating to walk into a class full of ladies, but they should do it anyway. It’s well known that women live longer than men, and I think it’s because so many of them make an effort to come to these fitness classes.”

And as for those pesky stairs back in 2001 — they’re no problem for Tony now. All my friends my age are always complaining about something, whether it’s their knees, or their back, or whatever. Not me, I feel younger than ever!”