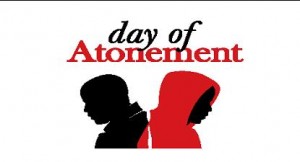 Today we’re speaking with Rock Creek Sports Club member Michael Moss. Michael is a playwright whose play “A Day of Atonement” will be on stage at the H Street Playhouse in Washington DC from June 28-July 1.

Q: What inspired you to write a Day of Atonement?

A: I was inspired to write the play by a sermon my pastor gave nearly 20 years ago. In making a point about choice/self-determination (our lives are what we make them), she recounted a magazine article about two brothers; one a drug-addict/career-criminal, the other a surgeon. Their father had been a career-criminal who died in jail. When asked how they became who they were, each brother answered “with a father like that what else would I be.” For years, I have pondered the question: how do we become who we are? Is it environment? Heredity? Choice or fate? Some combination thereof?

Q: Can you tell us what it’s about?

A: The play is about two brothers, Allen and Andre, who are reunited after some time apart. The play begins with Andre’s release from prison after serving time for drug possession. Allen, a lawyer, is about to be appointed a judge. While incarcerated, Andre has determined to turn his life around and raise his son, Nigel. Allen has been raising Nigel while Andre was incarcerated and now wants to adopt him. The reunion is further complicated by a debt Andre owes Victor, a drug kingpin who holds a grudge against Allen. Caught in the middle of all this is the brothers’ mother.

Q: What’s your background as a playwright?

A: I wrote my first play in 1983, as an English major at CCNY in New York. After graduating, I went to law school. However, I continued to write plays. After practicing law for nearly 20 years, I went back to New York and got my graduate degree from CCNY. I’ve been writing seriously since then.

Q: What’s it feel like to see something you wrote acted out on stage?

A: I’m grateful and very excited. It’s also a little scary. I mean, I’ve put myself out there and people will have an opportunity to critique what I’ve done. I guess it comes with the territory. Some people feel it’s not really a play until it reaches the stage.