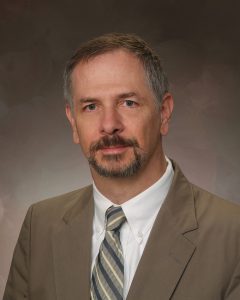 It seems like every day we learn about a Rock Creek Sports Club member who is working on a big project, achieving something amazing, or doing something wonderful for the community. Today we would like to recognize member Philip Dine, author of the recently released book, State of the Unions: How Labor Can Strengthen the Middle Class, Improve Our Economy, and Regain Political Influence.

Check Out His Website and Learn More about His Book Here

As a journalist for more than 25 years, Dine wrote his fair share of articles on topics from economic, political and military issues to covering conflicts in the Persian Gulf, Kosovo, Afghanistan and behind the Iron Curtain. His reporting led to three Pulitzer Prize nominations. In addition, Dine was selected as the top Washington correspondent by the National Press Club and the Society of Professional Journalists, and was named top foreign correspondent by the Overseas Press Club.

When it came time to write a book, Dine decided to focus on our country’s labor issues because, of the topics he has covered, it seemed to be the least understood. “There was a public misconception that labor didn’t really matter anymore,” Dine explained to us. State of the Unions was recently updated and revised to cover the current “war on labor.” First released in 2008, the book asks the questions: What’s happened to the middle class in this country and how does that relate to the decline of labor? Dine examines why labor has been in decline, explains why it matters and delves deep into what’s happening with American jobs and unions — discussing deindustrialization (jobs leaving the U.S.) and increased employer aggressiveness. If we don’t have a strong middle class, we’re going to be a weak country,” Dine summed up.

After the book was published, it was clear Dine wasn’t the only one who felt labor issues were important. State of the Unions was selected as one of the best books on workplace issues of the past five years by the United Association for Labor Education and was widely praised by scholars, political leaders, trade unionists, policymakers and media reviewers. As a matter of fact, after an event where former President Bill Clinton was the keynote speaker, the tables were turned when Clinton asked Dine for an autographed copy of his book!

“Here we were standing in a circle with all these people who wanted to meet the president, and he was asking ME for my autograph,” Dine recalled, chuckling at the irony.

Much has changed over the past couple of years, with unions being thrown into the spotlight, and so no longer can anyone deny that labor is relevant. On the contrary, after long being ignored it’s become a major topic of discussion — so Dine decided that it was time to bring his original thesis up to date with a new edition of the book that covers labor’s current landscape. The second edition looks at what this “war on labor” is all about, asks whether — and how — labor can survive, and examines the stakes for the middle class and our country.

Dine has discussed these topics on Fox, CNBC, CNN, C-Span, MSNBC and in a cameo appearance on The Daily Show. As a journalist who’s painted pictures with words his entire career, Dine says he wanted to make sure the book offers readers a flavor of what it’s like to deal with union people, such as Jim Hoffa and Rich Trumka, while also making sure to tell both sides of the story, offering criticism of union operations as well.

“I think people take a lot of things for granted these days,” Dine added. “The eight-hour work days, the weekends off, the insurance, the sick pay, the ban on child labor, the safety provisions — those things didn’t just come from the heavens. They are in place because of the protracted, and sometimes deadly, struggles that working people had to engage in.”