Identical Twin Study: What Happens When We Stop Working Out? 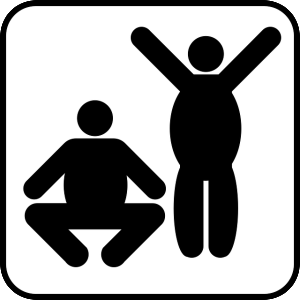 Trying to figure out how exercise directly effects the body and brain, can often times be a timely and costly feat. However, scientists in Finland have found a way around this, by studying identical twins — and the results are eye-opening to say the least!

As the New York Times explains:

To prove that exercise directly causes a change in people’s bodies, scientists must mount randomized controlled trials, during which one group of people works out while a control group does not. But these experiments are complicated and costly and, even in the best circumstances, cannot control for volunteers’ genetics and backgrounds.

And genetics and upbringing matter when it comes to exercise. Genes affect our innate endurance capacity, how well we respond to different types of exercise, and whether we enjoy working out at all. Childhood environment also influences all of this, muddying the results of even well-conducted exercise experiments.

In this study researchers were able to find 10 sets of identical male twins (so they have the same DNA make-up) who were raised together (so they had similar upbringing) whose workout habits similar when they were younger, but diverged as the years went on. Another interesting factor – the twins’ still had similar dietary habits, it was only their exercise routines that diverged.

And this was only a after a few years!

Read the New York Times article here: One Twin Exercises, the Other Doesn’t